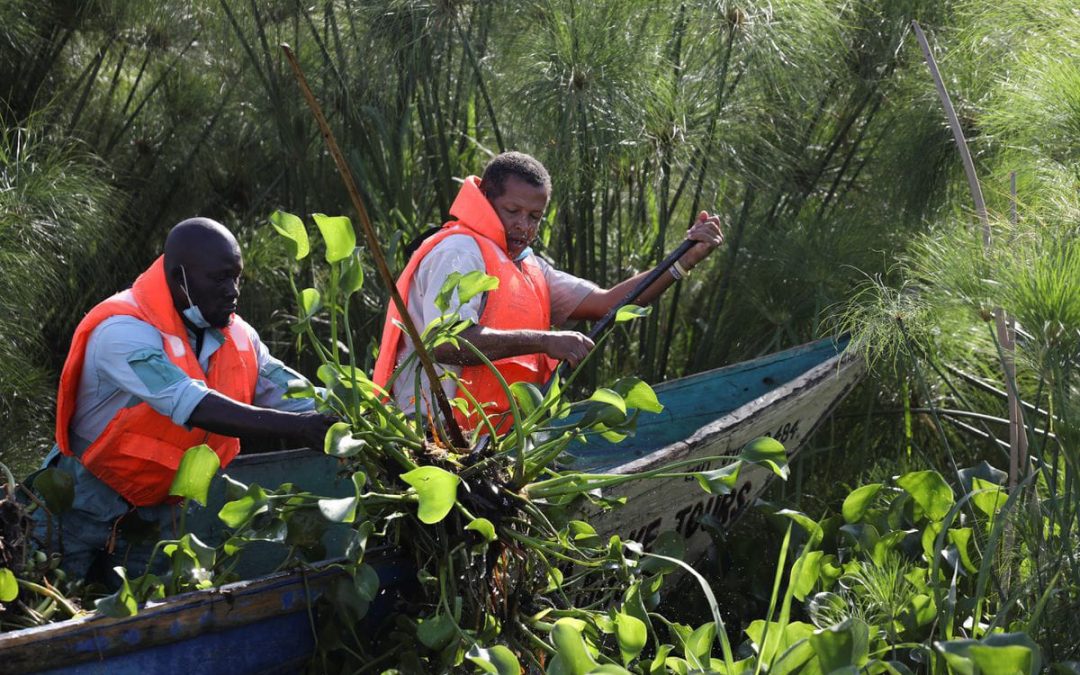 Here in Kenya, we are using biogas technology to tackle two major pollution problems with one device: a machine (we call it the   T-rex) converts waste such as invasive water hyacinth into clean cooking fuel.
This is in partnering with drugmaker AstraZeneca (AZN.L) and the Institute for Sustainability Leadership at the University of Cambridge.
This project has so far provided 50 flexi biogas digesters to homes in the city of Kisumu in western Kenya — enabling families to switch from wood or charcoal, both of which are hazardous, according to the World Health Organization, and time-consuming cooking methods.
“The gas has no smoke, no smell, it is much faster than the jiko,” said Tony Otieno while boiling a milky tea for his 70-year-old grandmother Margaret using biogas from the digester.

Some of the families were given a gas stove as part of the project, to replace their jiko – a portable stove that uses charcoal. Many of the digesters were also given out for free, with the rest we subsidised .
The machines run on waste such as ground-up water hyacinth, which has carpeted large parts of Lake Victoria, a freshwater lake between Kenya, Uganda, and Tanzania
The weed-like plant harms aquatic life including fish in the lake and helps bacteria and mosquitoes flourish, posing health risks to local communities.
The digesters designed by Biogas International use 2-3 kg of water hyacinth scraped from the lake to power a cooker that can make a meal of maize and beans in around four hours.

“Water hyacinth is a blessing in disguise,” said Biogas International CEO Dominic Kahumbu. “The elderly people who should be retiring are choking themselves to death … they should all have biogas.”

Many thanks at Reuters for covering this great story.

Here we’re at Dunga Beach ⛱ in Kisumu County harvesting water hyacinth weeds that will be used as cooking 🍳 fuel 🔥🔥 for about 50 households – users of the domestic #flexibiogas system.

☘ Harvesting it is easy, also because it’s plenty.

This is changing the mindsets of the community who previously viewed the water hyacinth as a menece, now they’re turning it to a clean cooking resource.